City of Conyers voters approved a $13 million bond referendum on May 22, 2018 to construct a new city hall on O’Kelly Street to house city administrative offices as well as a new Municipal Court on the site of the existing city hall on Scott Street, along with improvements to the Conyers Police Department. The Conyers bond question was approved by 62% of voters.

Below the photographic rendering of the new city hall you'll find a timeline explaining where the idea and need for a new city hall and municipal court in Conyers began.

Timeline of Events Leading to the New City Hall

Where is the New City Hall Located?

The new city hall is being constructed on property owned by the city on O'Kelly Street, just behind the Adventure Mountain statue in the O'Kelly Street/Travis Street roundabout, immediately behind the Nancy Guinn Library. 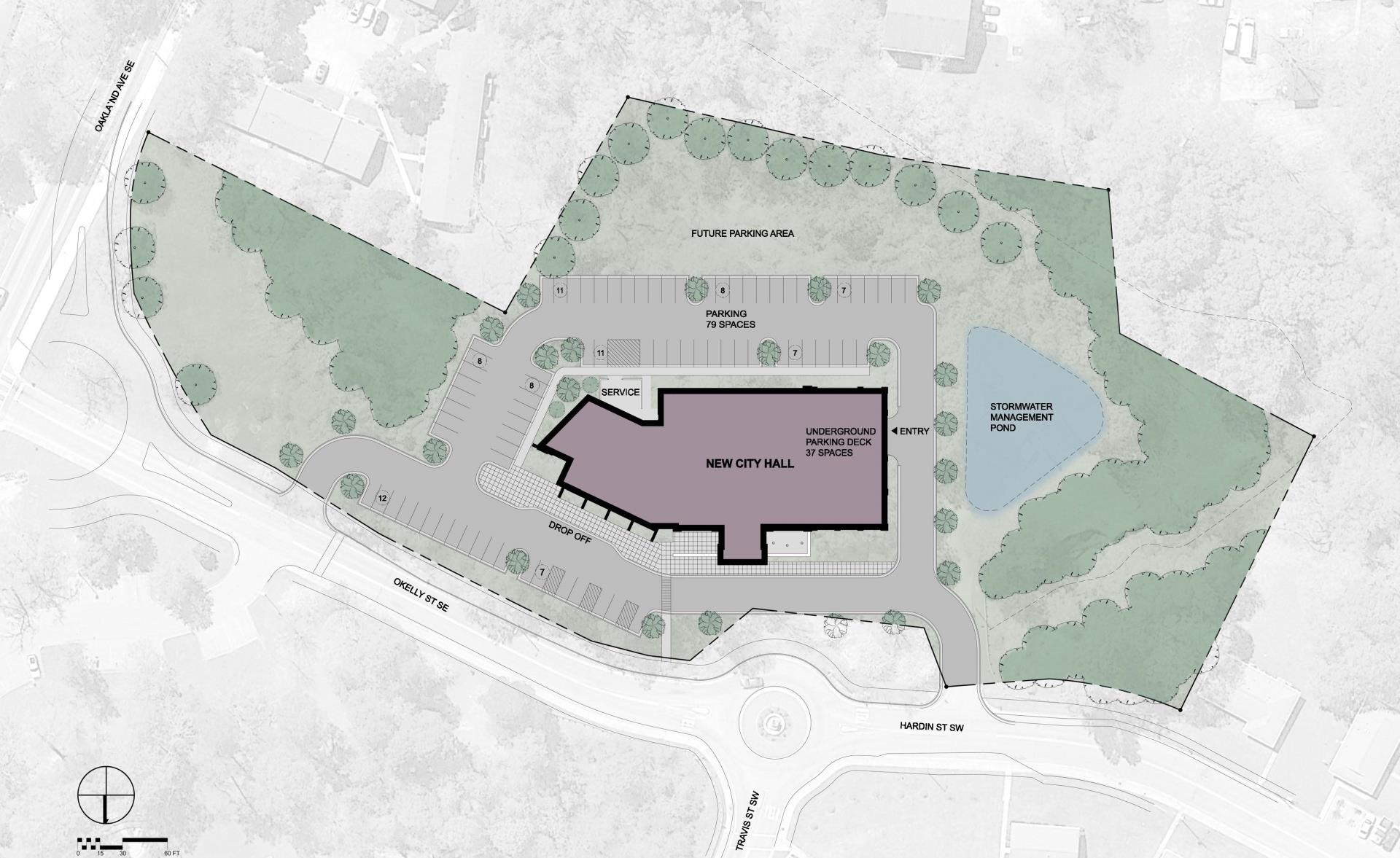